Today the European Court of Justice has given its opinion, at the request of the England and Wales Court of Appeal, on the meaning of an “establishment” within the meaning of the EU Collective Redundancies Directive 98/59. The Directive, and the Trade Union and Labour Relations (Consolidation) Act 1992 which implements it into UK law, requires specific consultation obligations with employees where 20 or more are to be made redundant at an “establishment” in a 90 day period.

The question the CoA posed to the ECJ was whether or not the word establishment meant the organisation as a whole or whether it was simply the individual workplace where the employees worked. The case came as a response to the Woolworth’s case where a number of stores were closed, making staff redundant without consultations taking place in many of the smaller stores. This decision has clear implications for employers with multiple sites who look to make redundancies. The potential cost implications of consultations are clearly a major consideration.

The ECJ’s answer was that establishment should be interpreted as referring to the individual establishments at which the person was employed. In the context of the Woolworths case it could mean that the individual stores can be taken as separate and consultation obligations only apply when 20 or more employees are made redundant from one store.

Dismissing an employee: the basics: https://hr-24.co.uk/professional-insights/dismissing-employee-basics/ 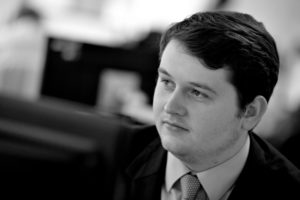 For more information about me, come see my profile: Jack Troup

If any of the issues raised in this article affect your business, please give us a call to discuss your options. We are happy to advise and find a solution that works for you and your business: 0800 912 7152